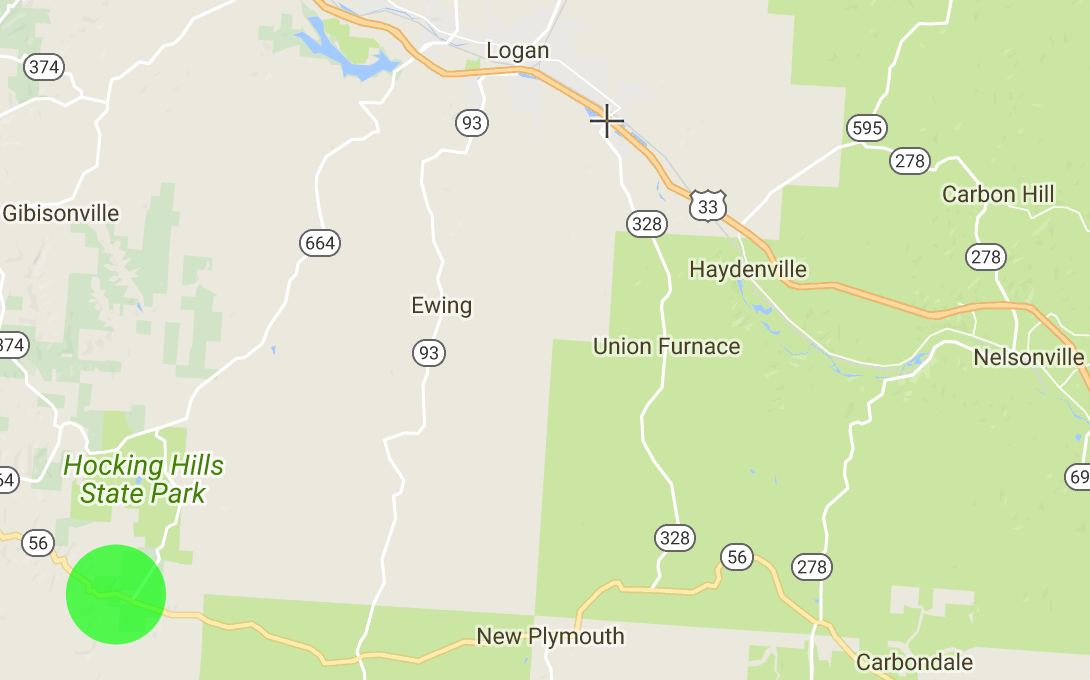 Ash Cave is the largest recess cave east of the Mississippi and perhaps the most awe-inspiring feature of Hocking Hills State Park. With a horseshoe-shaped rim that spans 700 feet, with a runoff waterfall, Ash Cave is enormous and open on one side. It’s the southernmost of six natural areas that comprise Hocking Hills State Park, and is a must see for all visitors looking to experience Ohio caves. Ash Cave facilities include picnic tables, restrooms, and a wheelchair accessible trail.


The History of Ash Cave

The trail itself is named after the pile of ashes that were found under the large rock walls by some of Ohio's earliest settlers. Some piles reached as large as 9,000 cubic feet, enough to fill nearly 19 dump trucks! The source of these ashes is still up for debate with many different theories. Some claim that the ashes are from century old fires while others say that the ashes come from Indians who smelted silver and iron from the surrounding rocks. In 1877, a test of the ashes was performed to help determine the true nature of their existence. Analysis showed flint, arrows, pieces of pottery, animal bones and corn cobs.

Over time, Ash Cave has served many purposes. With its large cover from storms, Ash Cave acted as a shelter for Indians in its earlier days. Over time, Indian tribes also used it as a home for different workshops where tribesman would craft weaponry and dress game they may have caught. Maidens would also prepare meals throughout the location as well. In more recent times the large cave has been used for camp, townhall meetings, and even holy worship. 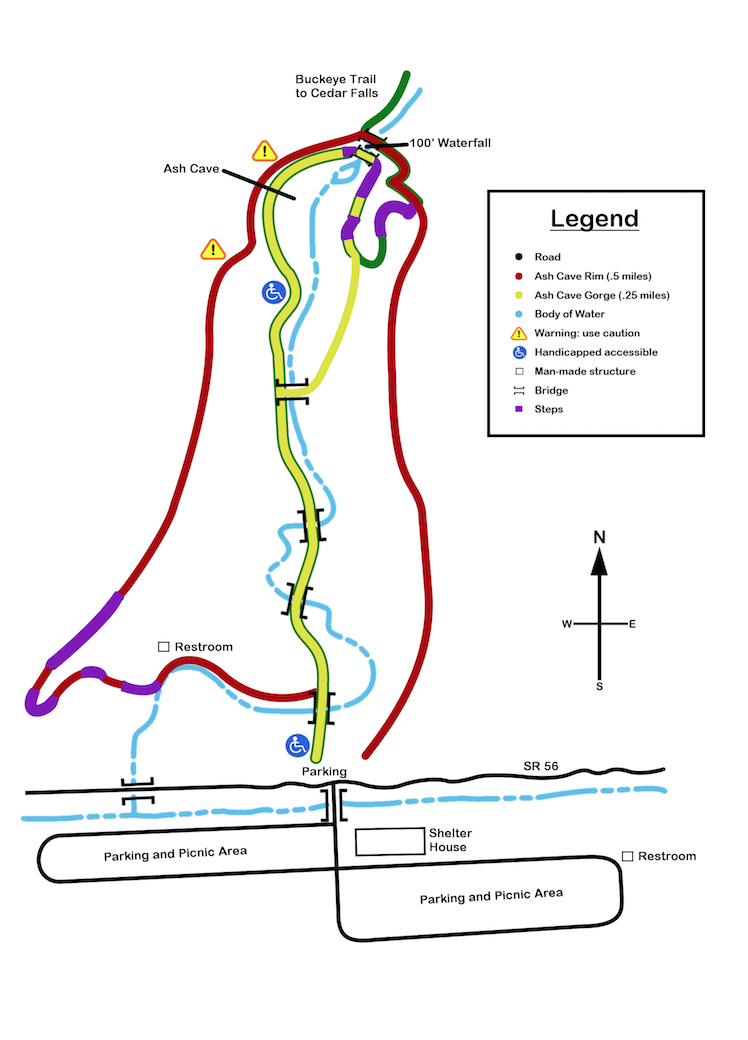