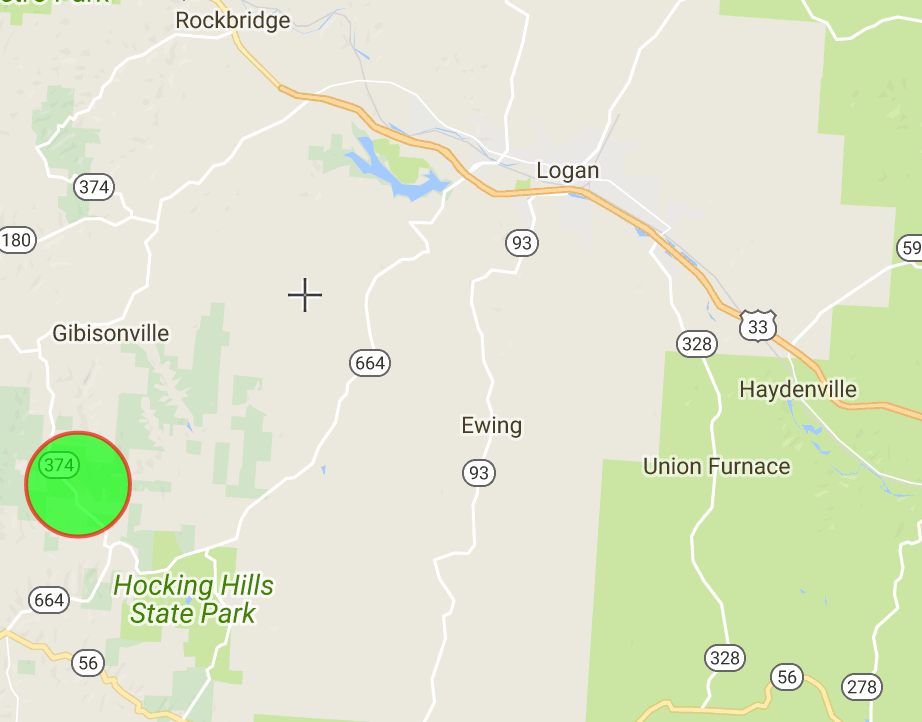 Designated as a State Nature Preserve in 1977, Conkle Hollow’s sheer cliffs of Black Hand sandstone rise nearly 200 feet above the valley floor. The deep, cool gorge, which is only 100 feet wide in places and is considered by some to be the deepest in Ohio, has numerous waterfalls cascading over its sandstone cliffs.

Conkle's Hollow sports two different hikes - the gorge and rim trails. The handicap accessible gorge trail is covered on all sides in ferns, wildflowers, hemlock, and more. On either side of the trail viewers will see cliff faces reaching up 200 feet and higher. With each step deeper into the gorge, the trail slowly narrows eventually leading to a large waterfall.

The longer rim trail offers scenic views with multiple dedicated stops and streams overlooking the gorge. The cliffs on Conkle's Hollow rim trail are some of the highest of all Hocking Hills Parks and Nature Preserves.

The History of Conkle's Hollow

Those interested in folk lore may find the history of Conkle's Hollow in the Hocking Hills particularly interesting. Legend has it that hundreds of years ago a group of Indians robbed a fleet of ships on the Ohio River and scored a large sum of money and goods. On the run, these Indians then stored the treasure in the hollow to later retrieve once they were safe from those they robbed. After hiding the treasure in the hollow, the Indians drew a petroglyph in the shape of an arrow pointing to one side of the gorge which held the treasure. The bandits left one hemlock tree which provided access to the treasure to help them recapture the goods upon their returned. However, not all was well upon their reunion with Conkle's Hollow. Once the Indians returns, they discovered a storm had destroyed the tree which led to the treasure. The money is supposedly still hiding somewhere in the gorge today. 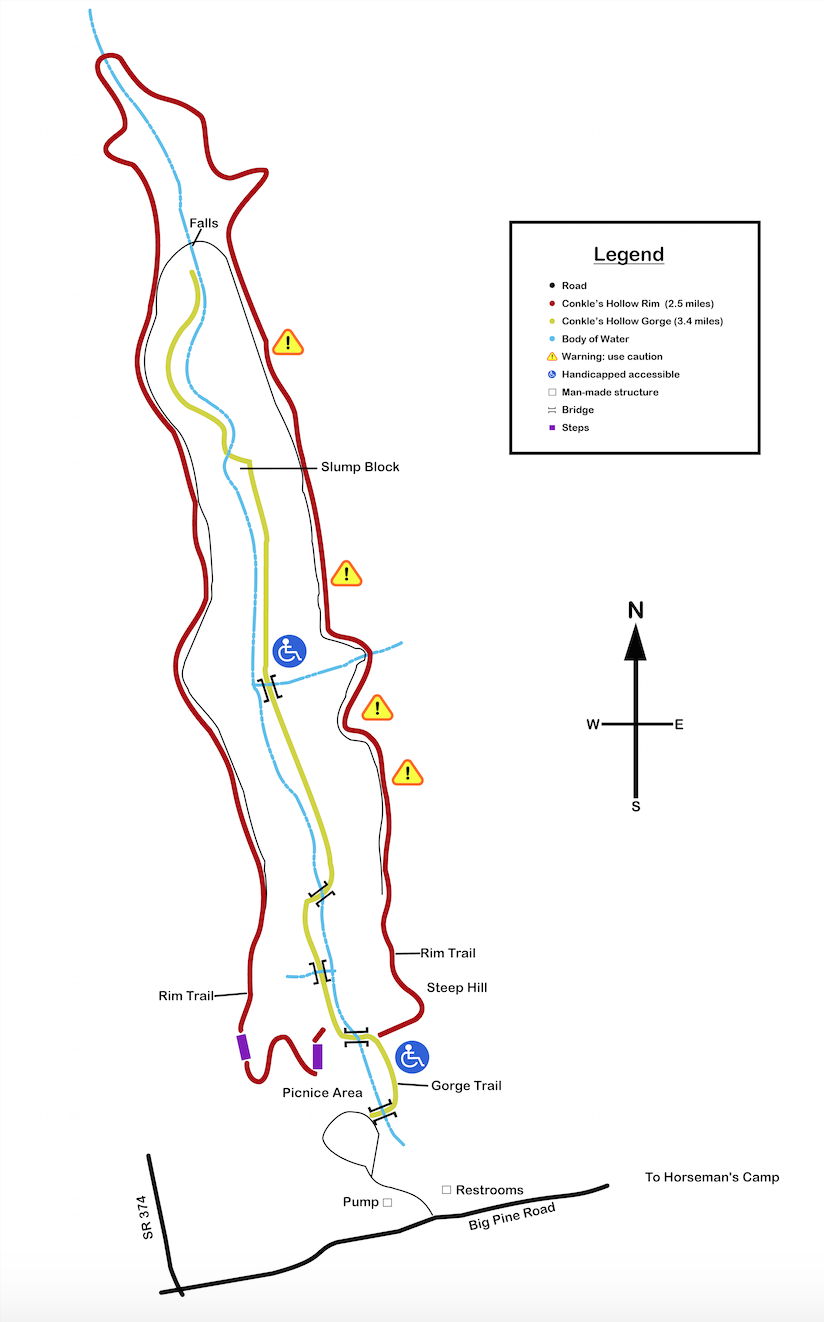